CP 012: How to Silence Your Inner Critic with Gratitude

Home » CP 012: How to Silence Your Inner Critic with Gratitude

​Here’s a topic I’m sure everyone can relate to — dealing with an inner bully. This ​noise tends to show up when you’re working on something new or on the verge of something great. ​If you let it, these lying thoughts can take over​. That’s why I​ talk about ​how to silence your inner critic with gratitude.

​This is a very short, yet powerful exercise. In ​this episode, I also explain:​​​Why you should embrace those negative thoughts.

(This will make a lot more sense when you hear the context of this statement in the podcast!)

The Thank You Release

​​​​​(Note: I call this process the “Thank You Project” in the podcast. After doing a web search, I ​found a book with that same ​name. I ​​changed my title so as not to confuse it with the book.)

​Here are the steps in a nutshell:

The ​Goal of Silencing Your Inner Critic with Thanks

​Remember, ​the idea is that these crappy thoughts are no longer allowed to hide in the recesses of your subconscious. They ​don’t get to ​show up any time they please. You’re in charge.

​Essentially, you are taking back control by acknowledging them, seeing them for what they really are and then letting them go.

​(P.S. Remember the Thank You Release origin story I told you about in this episode? I forgot to mention that I completely got rid of those ​parti​cular thoughts ​using this practice. That was like ​20+ years of that same negative script just gone! I can’t promise you’ll have the same results, but it’s helped me so much over the years that I had to share.)

​Disclosure: ​​The book links below are Amazon affiliate links, which means I earn a commission if you make a purchase using my links​. This is at no additional cost to you. I’ve personally gotten a lot out of these books and believe you will enjoy them too​.

​Thank you so much for your support. In the next episode, you can listen to Chapter 6 of Think and Grow Rich. Enjoy!

Episode 012 – How to Silence Your Inner Critic with Gratitude

Hi, everyone. Welcome to episode 12!Today, we're going to be talking about how to deal with your inner critic. You know, it's those voices in your head that really try to convince you that you're not doing something right, you're going to fail, you don't know enough, blah, blah, blah. (Basically, any of the other BS that we tell ourselves in our heads.) I'm sure we all experience this. When this critic gets to be too much, I have a personal strategy that effectively not only silences the noise, but also really helps put things into perspective. But before I get into this, I want to remind you to please subscribe if you haven't already done so. And if you have, thank you so much for your support! This topic is here to alleviate a problem that many people go through and offer you a quick and powerful way to stop these lies because that's what they are. This way, you can continue being the amazing creator that you really are. And specifically, I'm going to walk you through a simple exercise that I do to silence the critic so you can try it yourself. And if you happen to be dealing with the same thing right now, this will come in handy. So stick around. It's all coming up next.

So before I get into this, I just want to give you a little bit of a backstory about what I'm about to talk about. So a few years ago I started a weight loss journey and it's been a significant amount of weight that I've dropped. And during the earliest parts, I would say within the first six months, I got hit with some crazy mental stuff. Now obviously I've wanted to transform for health reasons. And as I was going through it, I started getting the most insane, evil thoughts that would keep me from progressing. And I thought, “What in the heck is this, why would I be having these thoughts?”Logically, spiritually and mentally I wanted this. And, as I said, I was doing it for health reasons.

They became this life force to protect me whenever some scary stuff happens or any changes, significant changes were being made. And they were at that time.

So I thought, okay, you know, this, this was more than an inner critic. This was like some intense stuff. And I thought about how I had to deal with this because I don't want to be like almost mentally tortured every day. From that point, I was really inspired. I just had this internal thought in my head show up that was almost telling me what to do. And I'm going to explain it to you now, what it is.

It’s something that I do now, whether it be in relation to my online business, I’m down or something else. It's something I do whenever I am feeling insecure when just that evil, inner critic shows up. I'm sure you know what I mean.

And more recently that inner critic made an appearance again. In fact, I kept putting off recording this episode because I felt like, well, you know, get out of that head space before I record. And then I thought, “No. Now is the time to record. Now is the time to talk about what I'm doing because it's so fresh in my mind.” if it's a current struggle and this process that I'm about to describe still really helps me, then now is the time to talk about it. So what I am talking about is something that I just started calling the “Thank You Release.” So anytime that inner critic makes an appearance, I look in the mirror before I start doing this, but you don't have to do that. You could just talk to yourself, just go somewhere private.

And before I continue with this process, I would like to say, it might be helpful to make sure you have a supportive person or people around, because sometimes it's some heavy duty emotional stuff that you might be dealing with. (And it's always a good thing to have supportive people around just in case.) So here's the Thank You Release when those thoughts have entered your consciousness. Now's the time to take control. And what I would suggest doing is going somewhere private, as I mentioned, and just say to yourself: “Thank you. Thank you thoughts. Thank you for making an appearance. I know at some point in time, you were created by me and you only ever meant to serve me. Thank you so much for doing what you think is protection for protecting me. Thank you for serving me. Thank you for letting me know that this is something that I still need to deal with. Thank you for always being there. I understand why you're there and thank you for now leaving. I no longer need you. I can release you now.”

Those are some pretty powerful statements, because if you think about it, you're taking ownership of that inner critic, and you're basically taking your power back.

And instead of pushing these thoughts down, trying to hide them, you know, just getting them out of consciousness. It basically always floats back up to the surface. Sometimes it's a whisper and sometimes it's more intense, but they do come back. But in this way, you can acknowledge that they are there. You can acknowledge why they might have been created, and then you give them permission to leave. And you're thanking them the whole time, you know, with gratitude, for their service and with gratitude for doing, as you're asking, leaving. You no longer need them. And this is something that I do all the time. It has been effective for years ever since I started doing it. And sometimes when stuff, you know, the mental stuff starts up again, I can actually just think about the Thank You Release. And it immediately starts having an impact on me.

My energy changes, my focus changes. Sometimes I feel like I can't even continue working because like I call it the “noise.” The noise just gets so loud that I feel like I have nothing left to give to what I am working on. But when you do this, if you really do this with a whole open heart, it's, it does change your energy. I personally feel filled up again. This has had such an impact on me. And it's something that I really just want to put out there as a possible solution. If you happen to be dealing with this. And, you know, I created Creation Peak the site and podcast to support aspiring bloggers and podcasters, basically aspiring online entrepreneurs. But, this can be applied to everything. As I said before, this was inspired by my early days of dropping some excess weight.

And it's just something that stuck with me, but that is the process. It is a very simple one. And I really hope that this gives you an idea of something that you can do when the voices start up again, all the noise, because it's a very powerful thing to be able to take control like that. And I wish you complete and total inner and outer peace so that you can continue to be as amazing as you are. And you can get all that other stuff out of the way and continue on with all your great work because the world needs it! So I really hope that this has helped you and I have a post that goes with this podcast episode. It'll have some more resources in there. So I will link that in the description. And thank you so much for listening. I really appreciate it. Have a wonderful day!

Scroll back to top

Enter your name and email address below and I'll send you periodic updates about the podcast.

(I’m using an automated transcription service so please excuse any weirdness in the text. Thanks for understanding! 🙂 )

You may be interested in these posts from the same category. 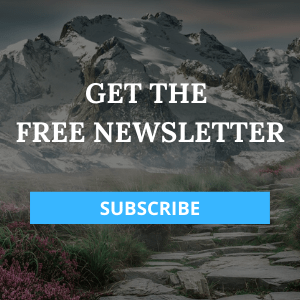 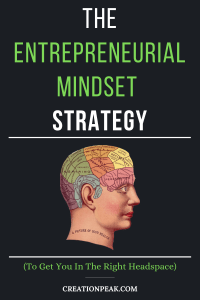 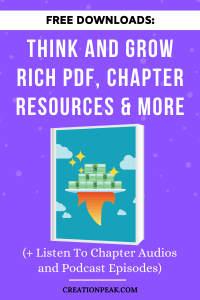 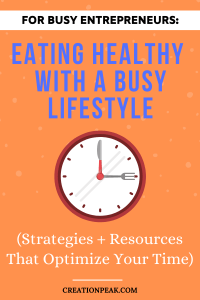 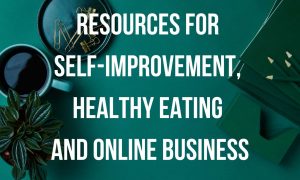 “The future belongs to those who believe in the beauty of their dreams.” — Eleanor Roosevelt